Concord, N.C. (March 12, 2015) – Federated Auto Parts and Ken Schrader Racing have teamed up for 2015. This season marks the 16th year that Federated Auto Parts has served as the primary sponsor for Schrader’s dirt and ARCA cars. Schrader will continue to compete in both his dirt modified and in select ARCA races throughout the season.

“We are looking forward to another exciting season as the sponsor of Kenny and his racing teams,” said J.R. Bishop, director of motorsports and event marketing for Federated. “Kenny has become synonymous with Federated. He is very popular with our members and their customers, and he does a tremendous job representing Federated across the country, whether at the Federated 400, an ARCA race or a local dirt track event.”

In addition, the team’s drivers will include Matt Tifft, Clay Campbell, and Ross Kenseth. Tifft, an Ohio native who attends the University of North Carolina At Charlotte, will be making his return to KSR, Inc. at the March 14 ARCA race at Mobile (Ala.) International Speedway. Tifft will also drive the Federated entry in ARCA competition at the Fairgrounds Speedway Nashville, New Jersey Motorsports Park, Pocono Raceway, Iowa Speedway, Berlin Raceway, Kentucky Speedway, and Kansas Speedway.

“We are pleased with Matt’s return to the Federated car,” said team owner Ken Schrader. “He is a talented young driver and has proven race after race that he has what it takes to run up front and make key decisions while behind the wheel.”

“I am excited to be back in the Federated car this season,” Tifft said. “Last year, I learned a great deal about the tracks we visited and I’m looking forward to returning to those places with the Schrader team to capitalize on that knowledge. We had a number of great finishes in 2014 and I hope to better those this year!” 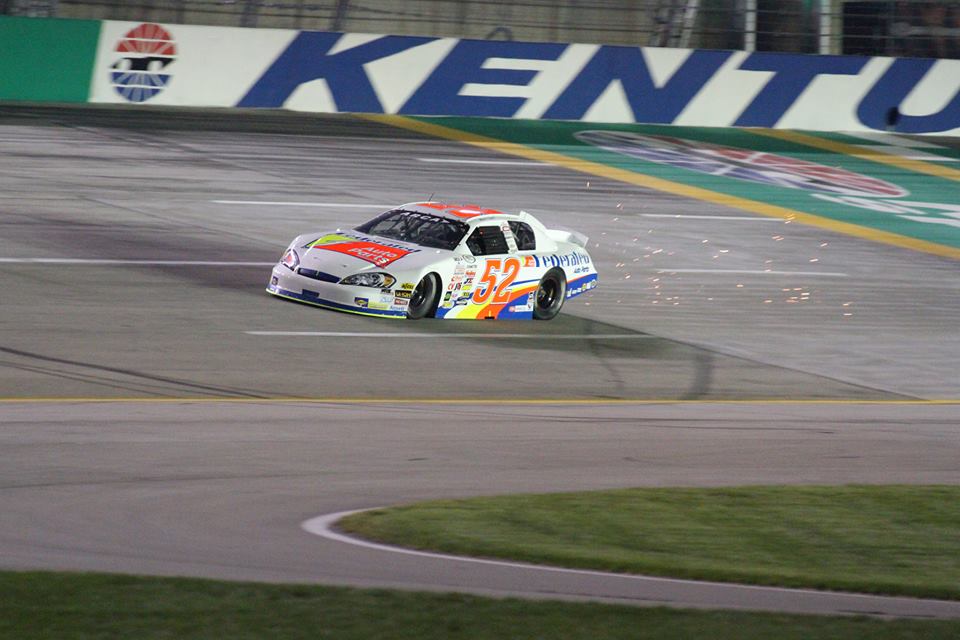 Martinsville Speedway President Clay Campbell is scheduled to race with Ken Schrader Racing, Inc. in the #52 Federated Chevy at Talladega Superspeedway on May 1. Campbell is making his second appearance at Talladega for the Federated team.

“I’m really looking forward to going to Talladega. We had a really strong car there last year but weren’t around at the end to show it,” Campbell said. “Obviously we are excited to be going with the same car we had a Daytona which was really fast but again, we had issues that kept us from being there at the end. I can think of nothing better than for our Federated Auto Parts Team to go to victory lane at Talladega!”

“With the drivers we have on board for this season, it looks as though we will have some exciting finishes and experience some great racing within the ARCA ranks,” Schrader said. “I’m looking forward to working with Matt, Clay, and Ross.”

Federated will also sponsor Schrader in more than 50 dirt track races in the coming season and will host hospitality events for its members and customers at several of these races.
“Our dirt track sponsorship of Schrader Racing continues to grow each year,” said Bishop. “Kenny has a great time interacting with our members and customers at the track and his enthusiasm is contagious. Our guests really enjoy spending time with him and cheering him on as he competes in the Federated car.”

About Federated
Federated Auto Parts, headquartered in Staunton, Virginia, is one of the largest auto parts distribution and marketing organizations in North America. Federated is dedicated to supporting its customers with quality name brand parts, programs designed to grow their businesses, and experienced people who are knowledgeable in today’s evolving automotive technology. For more information, visit www.federatedautoparts.com

About Ken Schrader Racing, Inc.
Ken Schrader Racing, Inc., established in 1982, is a family owned business specializing in motorsports with locations in Concord, North Carolina and Dittmer, Missouri. Its North Carolina operation houses the KSR, Inc., ARCA and NASCAR Truck Series teams, showcases a selection of Schrader’s race cars and employees 10 people. Schrader’s dirt car program is managed from the Missouri location. Schrader has driven race cars since the 1970s, including more than 29 years at the NASCAR Sprint Cup level. He has also competed with the ARCA, IMCA, UMP, USAC, USMTS, WoO sanctioning bodies and is co-owner of race tracks in Macon, Ill.; Pevely, Mo., and Paducah, Ky. For more information call KSR, Inc. at (704) 788-8315.