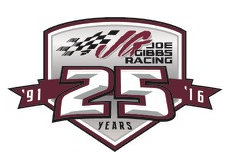 HUNTERSVILLE, N.C. (November 4, 2016) – Joe Gibbs Racing (JGR) announces today Ohio-native Matt Tifft will pilot a Toyota Camry full-time in 2017, across all 33 races of the NASCAR XFINITY Series. The 20-year old rookie, a part-time driver currently in the Joe Gibbs Racing stable, who accomplished his first top-five result and first pole-qualifying run in only nine races in 2016, has now earned a larger opportunity to compete in NASCAR’s XFINIY series, appropriately themed “Names are Made Here.”

Tifft has run a limited schedule in both the XFINITY Series and the NASCAR Camping World Truck Series over the last three seasons, making a combined 31-career starts. In these early stages of his career Tifft has recorded one top-five and eight top-10 finishing spots in the Camping World Tuck Series and one top-five, five top-10 finishes and a pole-qualifying position in the XFINITY Series. Tifft has also recorded time in NASCAR’s K&N Pro West, K&N Pro East and ARCA Series and the X-1R Pro Cup Series.

Tifft made his first career XFNITY Series start and first entry with JGR at Kentucky Speedway in 2015 earning an impressive 10th-place finish in his debut.

His racing career would take a detour in 2016 when in June of this year a low-grade glioma in his brain was discovered during routine evaluations for some back pain. In July the young driver had surgery to remove the benign tumor and began rehabilitation. By August the strong rookie was working his way back to driving a consumer vehicle and in September he returned to NASCAR competition with the Camping World Truck Series race at Chicagoland (Ill.) Speedway.  One week later he was back with JGR in the XFINITY Series at Kentucky Speedway, ironically the same track where he accomplished his initial series start. Tifft’s fast return from brain surgery to on-track racing yielded 12th place and fifth-place results respectively. The Kentucky run was Tifft’s first top-five finish of his young XFINITY Series career.

“It has been an incredible year and I am honored to have the opportunity to continue working with Joe Gibbs Racing in the 2017 season. I’ve always wanted the chance to contend for a championship with the Chase for the Championship program, I am thrilled to be with JGR and know they will be instrumental in my career. Through my health challenges this year and while I have continued to learn and improve my driving skills, Coach Gibbs, the staff, and veteran drivers here have mentored me and I look forward to the opportunity to be around them now for a full season,” remarked an appreciative Tifft.

In addition, JGR announces that Matt Beckman will serve as crew chief for Tifft and team in 2017. Beckman currently serves as the race engineer under crew chief Mike Wheeler with the No. 11 Sprint Cup Series Toyota team. Beckman joined JGR in 2007 as an engineer with the race team support group and was promoted to manager of the group in 2014 before becoming race engineer on the No. 19 Sprint Cup Series Toyota team in 2015. He holds an undergraduate degree from Michigan Tech and earned his master’s degree from the University of Minnesota.

“This is a tremendous opportunity for me and I’m excited to work with Matt (Tifft),” said Beckman. “Joe Gibbs Racing has had incredible success for many years now in the XFINITY Series and I know the organization takes immense pride in those accomplishments. You don’t have to look any further than JGR’s Cup Series crew chief lineup to realize the tradition they established at JGR and I’m honored to become a part of it starting next season.”

Tifft’s 2016 XFINITY Series schedule afforded him the opportunity to compete in eight races to date, which yielded one top-five, four top-10 finishes, a first pole capture and 23 laps led. The rookie has two scheduled races remaining on the 2016 XFINITY Series schedule, this weekend at Texas Motor Speedway in Fort Worth and in two weeks at the season-ending Homestead-Miami (Fla.) Speedway.

Tifft further described next year’s opportunity, “I am very excited to work with a new crew chief and look forward to building on my race experience alongside Matt (Beckman). I know I have two more races to finish this year, but 2017 is right around the corner, and I can’t wait to get started in Daytona!”

JGR has history of developing young drivers with Erik Jones and Daniel Suarez most recently achieving success in their program.

“We look forward to continued development with Matt (Tifft) over this next race season,” said Executive Vice President of XFINITY Series Operations and Development Steve DeSouza. “He’s shown strength through adversity and a strong willingness to advance his performance level for a long-term career in racing. JGR has enjoyed watching young drivers such as Erik (Jones) and Daniel (Suarez) move through our system and build experience that is yielding them positive results on the racetrack. With the championship caliber NASCAR Sprint Cup Series programs, drivers and personnel to draw from here, these young competitors continue to grow. I know Matt will take full advantage of this continued opportunity.”

When he’s not improving his race skills to become a veteran NASCAR driver, Tifft is also a second-year student at the University of North Carolina in Charlotte, as a business management major.

Primary sponsorship across the 33 designated races with Tifft and the assigned car number will be further developed and announced at a later date.

Joe Gibbs Racing (JGR) is one of the premier organizations in NASCAR with four NASCAR Sprint Cup Series teams, three NASCAR XFINITY Series teams and a driver development program. Its 2016 driver lineup consists of Denny Hamlin, Kyle Busch, Matt Kenseth, and Carl Edwards in the Sprint Cup Series. Meanwhile Daniel Suarez and Erik Jones run fulltime in the NASCAR XFINITY Series. Cody Coughlin is currently in JGR’s driver development program. Based in Huntersville, N.C., and owned by Joe Gibbs — a three-time Super Bowl winner as head coach of the Washington Redskins and a member of the Pro Football Hall of Fame — JGR has competed in NASCAR since 1992, winning four Cup Series championships, and four Nationwide Series owner’s championships along with more than 200 NASCAR races, including four Brickyard 400s and the 1993 Daytona 500.