After a rain out of Friday, April 25th’s running of the Blue Ox 100, the Ken Schrader Racing team set out on Saturday morning to run the NASCAR K&N Pro Series East event at Richmond Int’l Raceway. After fighting the car and setup issues, Matt would qualify 29th out of 37 cars. 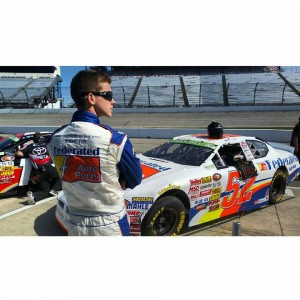 The race started off with Tifft passing several cars, before going on a short green flag run. After this point in the race, several wrecks began to unfold. Staying out of trouble and using a bit of tire conservation, Tifft was able to drive up into the 13th position at the checkered flag. After the race, Matt stated that he “was please with the finish with all things considered, but we needed to be just a bit quicker this weekend.”

The next event with Ken Schrader Racing will be on May 18th at the Toledo Speedway in Ohio, where Tifft made his ARCA Racing Series debut last year, finishing in 5th place.