Matt Tifft and the Ken Schrader Racing team had their best result of the year Sunday in the Menards 200 ARCA Racing Series event at Toledo Speedway. The 3rd place finish was directly ahead of Matt’s team owner and mentor Ken Schrader.

Matt, who had a huge cheering section in the grandstands, was happy with his finish. “It was fun running with Kenny all day,” he said. “It was great to be able to stay in front of him. We were set up for the long runs really well. At about lap 110 we were back in 12th spot because another car blocked us in during a pit stop, and I knew I had really hustle to get to the front with 4 fresh tires. We almost got there, we were as fast as the leaders, but needed a caution at the end to be able to battle it out with them.”

Tifft was in the #10 Crunch ‘N Nutter Chevy for the event.

Tifft also stated, “I am really looking forward to New Jersey in a couple of weeks. I love road courses and we ran pretty well there last year. I’ll be back in the Federated Auto Parts #52 for the event. I really appreciate all Federated did for us in supporting all of our fans in their hospitality area at Toledo, they all had a great time!” 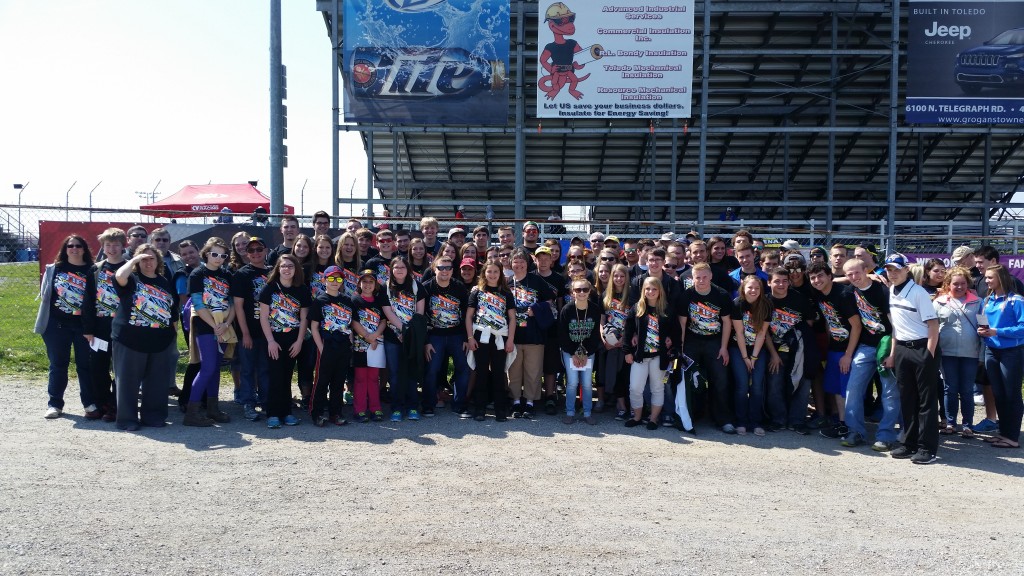